Pennant Hills in Sydney Northern Suburbs is located 20 kilometres north of the Sydney central business district and is one of the major commercial centre of Hornsby Shire, yet maintains a quiet, friendly and relaxed atmosphere Pennant Hills is surrounded on two sides by large swathes of bush land and is a very peaceful and safe suburb filled with community spirit making it the ideal location in which to raise a family.

Pennant Hills Marketplace offers a stress-free and enjoyable shopping experience. Stores located in the Marketplace include IGA, Harris Farm Markets, BWS, Harris Farm Meats, chemist, newsagency & Australia Post, along with a variety of cafes and eateries which ensure that your everyday needs are taken care of.

Major Shopping centres – Castle Hill, Macquarie Centre and Hornsby are all a short drive away.

Pennant Hills is is bordered by the upper reaches of the Lane Cove River and accompanying national park and in the north-west borders Berowra Valley National Park. Both of these reserves contain extensive walking tracks within the boundaries of the suburb, with some linking to the Great North Walk.

Pennant Hills Park sportsground which houses a wide variety of sporting facilities including the Ern Holmes Oval for Australian Football and cricket and Little Athletics, tennis and netball courts, a rugby union field, a soccer field, two hockey fields and an archery range. 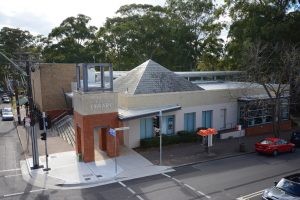